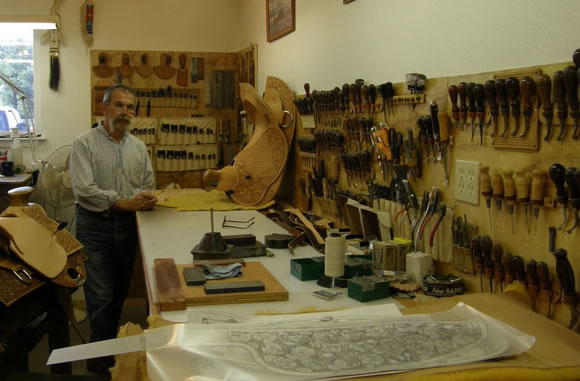 Born in France in 1952, Pedro (‘Jean Pierre’) Pedrini grew up in the Swiss Alps of Europe. Raised around horses, his interest soon turned to western riding. He went on to join western riding associations and clubs from both France and Switzerland.

In addition to riding horses, Pedro’s interests expanded to include the mechanics of western gear and leather work. In 1972, he met a Swiss leather crafter who helped him get started making his own western gear. Wanting to grow as a craftsman, he couldn’t find anyone able to help him progress. He knew that coming to the United States would be the answer to learning the advanced techniques of saddle making 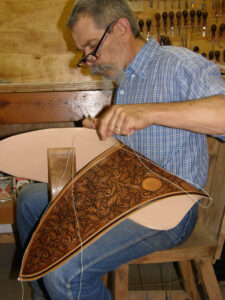 In 1978 he made his first trip to the US. Certainly speaking no English didn’t make things easy, but he proceeded to seek out people in the saddle making business. He first visited several shops in the southwest part of the country. Then he went on to Elko, NV, to visit J.M. Capriola where he was hired on and became friends with fellow saddlemaker Jeremiah Watt. After working there a few months, Jeremiah Watt and Pedro left, visiting many other shops together and ending up in Canada at the shop of saddlemaker Chuck Stormes. He then returned to the U.S, visiting as many saddle shops as he could. In Pedro’s words, ‘It was beginners luck!’ He was able to spend months around some of the best craftsmen: Eddie Brooks, Cliff Ketchum, and Chester Hapes. All of those men were full of advice and encouragement.

After a few more expeditions from Europe to America and back, he decided that life in France was no longer possible. In 1984 he left France for good and didn’t look back. Once back in the States, he moved around and worked in different shops and many tack-rooms; some a few days and some a few months or years.

In 1990 he started his own shop in northern California. In 1992, he became an American citizen. 1998 brought changes: he needed to relocate and take some time off. He was soon on the road again visiting saddlemakers, tree makers and silversmiths. Inspiration and learning was his goal. In 1997, he was invited to display his work in art shows in Winnemucca, and Elko, Nevada.

In 2002, with his wife Claire and son Tony, he settled on a 30 acre horse facility near Marysville, California, where he works today. He makes custom saddles and does silverwork. Additionally, he raises and trains horses.

Also in 2007, the Boot and saddlemaker Round Up in Wichita Falls, TX, awarded him ‘Best of Show’ and ‘Best Workmanship’.

In 2008, Pedro was nominated Saddle Maker of the Year by the Academy of Western Artists in Fort Worth, TX. But by far the greatest honor of Pedro Pedrini’s career still was his 2007 acceptance into the Traditional Cowboy Arts Association.

In 2009, he and his wife, Claire, launched the Western Leather Academy, a saddle making school and leather workmanship program that offers small group or individual formation.

In late 2016, Pedro and his son, Tony, moved to Pendleton, Oregon, where he oversees the Hamley saddle shop and runs the Hamley Saddle Academy. 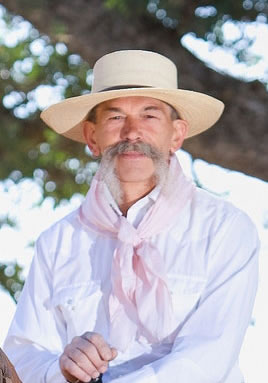 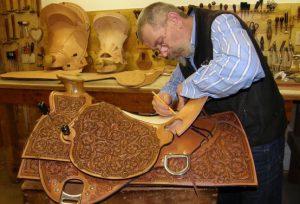 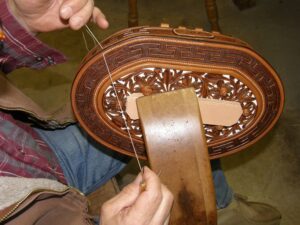 Give Me A Call 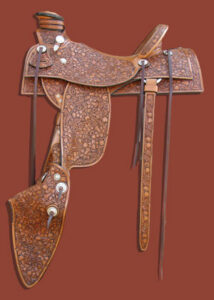